​Burnley kick off the new season against Southampton at Turf Moor in what will be the first of many crucial home games to come.

With Sean Dyche at the helm, the Clarets look in safe hands. However, with teams around them spending big in the transfer market there is no guarantee on who will finish where this season.

Here's all you need to know about Burnley ahead of the new season. Last season was a rather quiet one for those at Burnley. The club reached the magic 40 point mark as they finished 15th in the Premier League, but could do no more.

Burnley's domestic season got off to an extremely slow start due to Europa League distractions, but they bounced back after being knocked out of the tournament by Olympiakos in the final round of qualification.

With no European football this time round Burnley will be hoping to return back to their form of two seasons ago that saw them finish seventh. Overall, Burnley were pretty impressive in pre-season. A disappointing 1-0 loss to Crewe Alexandra was sandwiched in between a 3-1 win over Port Vale and a 2-0 victory over Fleetwood Town.

However, a 2-2 draw to Wigan followed, showing uncharacteristic flaws in the Burnely defence. The highlight of pre-season came when Dyche's side put Patrick Vieira's Nice to the sword in an emphatic 6-1 home win.

The summer preparations were finished off with a 2-0 win over Parma, showing a quick improvement to their defensive shape. However, as is the case with the majority of pre-season results, it will be tough to gauge exactly where Burnley are at until they face Premier League opposition. Jay Rodriguez has returned to Turf Moor in the club's biggest deal of the summer. The centre-forward made the £5m switch from Championship side West Brom and has since hit the back of the net an impressive four times.

Burnley also signed Leeds' Bailey Peacock-Farrell who will likely act as back up to Nick Pope in goal. The 22-year-old keeper is held in high regards and could become the side's number one in years to come.

Dyche's side also completed the signings of full-backs Erik Pieters and Ryan Cooney from Stoke and Bury respectively. English goalkeeper Tom Heaton has joined newly promoted Aston Villa for roughly £8m in Burnley's only sale of the summer. With Pope consolidating his place in the starting lineup Heaton had to move on for first team football.

A few players have also moved on following the end of their contracts. Aiden O'Neill, Anders Lindegaard, Ntumba Massanka, and Stephen Ward will all be playing their football away from Turf Moor in the 2019/20 season.

Peter Crouch also left the club as he retired earlier this summer, ending what was a brilliant career. As always, Burnley will look for a solid defence as the building blocks of their squad. With Ben Mee and James Tarkowski at the back they are in safe hands.

With Jeff Hendrick and Jack Cork in the middle of the pitch you can see the strong spine that Dyche has created in his side. Burnley will be tough to break down due to their strength from Pope in goal up to Barnes and Wood leading the line.

To be honest, there isn't much to fault at Burnley. The addition of Rodriguez up top will give extra firepower through the middle.

It all depends on what Burnley's aims are as a club. If they are looking solely to stay in the ​Premier League their squad is more than capable. However, if they plan to battle for the 'best of the rest' trophy and come seventh they may need to start spending similar amounts to the likes of ​Everton and ​Leicester. For Burnley to do well this season they will have to work hard as one complete unit, as they always do. However, they will be relying on Barnes at the top of the pitch to make things happen.

The Clarets will go for long periods of matches soaking up pressure, doing their best to frustrate their opposition. However, when the opportunity comes at the other end, Barnes will need to take it.

As seen last season, the 29-year-old striker is a master of dominating defences and winding up his opponents.

Potential Breakout: In general, the Burnley squad is pretty well-established. However, 19-year-old winger McNeil started to become a first team regular last season and will likely play even more this season. The teenager scored three and set up five last season, showing the potential that he has. 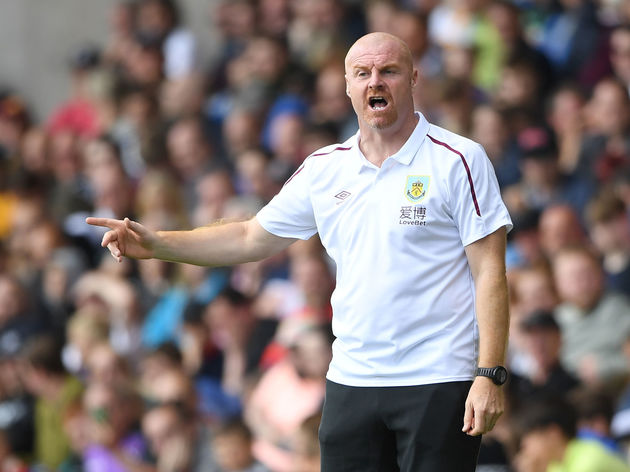 Last year will be one to forget for those at ​Burnley. However, things are looking much brighter as we approach the new season.

It is likely that the club will go back to the basics. With no distractions from Europe they will be expected to get early points on the board, giving them a platform for the rest of the season.

Perhaps the fight for seventh is a little out of reach, but they shouldn't be involved in a relegation scrap either. Expect Dyche's side to be in and around the top half of the table come May.