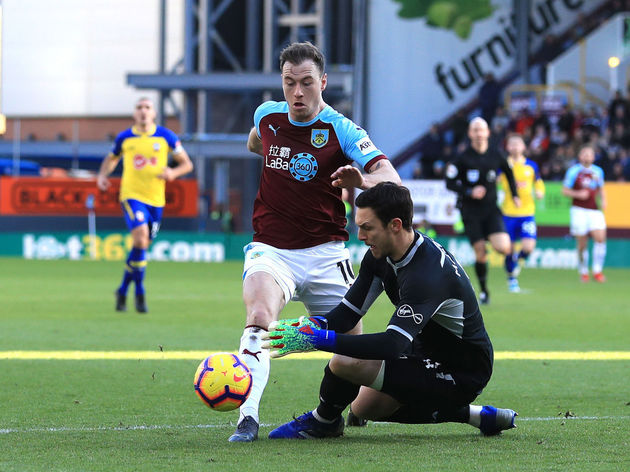 During Burnley's search for an equaliser, Barnes missed a golden chance from close range before seeing an instinctive volley crash off the crossbar.

The hosts were eventually given their chance to secure a deserved point on a plate when defender Jack Stephens was penalised for a handball inside the penalty area, and Barnes stepped up to fire the ball past a static McCarthy with the last kick of the game.

Burnley's players might not have dropped their heads after being seeing a fairly straightforward penalty decision go against them during the first half, but it did prove to be one decision too many for the home fans to take.

Not really a talking point though. I'm 100% convinced that refs don't give us penalties now on purpose

Defo a pen keeper complete my misses the ball

A gentle touch on Lingard's shoulder which sends him theatrically to the floor is a penalty yet this isn't? Even worse he's booked for it!! It feels like there's some sort of agenda.

That proved to be a It might not have been a great advert for the Premier League, but Burnley weren't outclassed by Southampton at Turf Moor on Saturday.

They largely matched the Saints punch for punch, but defender James Tarkowski looked too be slightly off the pace and he relied too heavily on his partner Ben Mee as a get out of jail free card.

An away day at Turf Moor isn't the ideal fixture when you're still considered to be in a relegation battle, but Southampton stuck to their game plan and it looked like it would pay off thanks to Redmond's second-half strike, but Burnley had the last laugh. 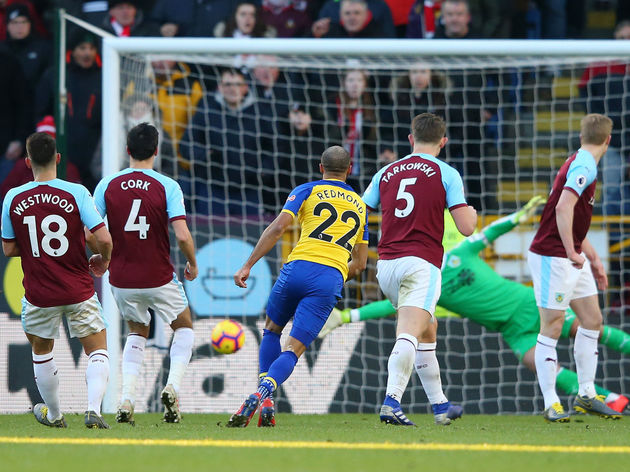 The Saints look like a completely different since Ralph There really is magic in the right foot of

Jesus what has Hassenhuttl done to this man

Another England call-up due. #saintsfc

Through no real fault of his own, James Dyche's side travel to the south coast next week where they will take on Brighton & Hove Albion in the hopes of getting even more breathing space over the relegations zone.

Southampton and Hasenhüttl will welcome Cardiff City at St Mary's next week before preparing to travel to Arsenal in one of the Austrian's biggest tests since joining the Saints in December.