Luke Shaw was the subject of some pretty brutal Twitter trolling from Burger King on Wednesday night (yep, you have read that correctly).

It all started when a Liverpool fan tweeted that he did not just want the Reds to beat United, he wanted the club ruined ahead of the rivals' Premier League clash on Sunday. The rant included a dig at ​Shaw's... physical condition.

"I want Mané to send Wan-Bissaka back to Crystal Palace U15’s. I want Firmino dancing on Phil Jones. I want Salah to send Shaw back to Burger King. I want the Sky Sports cameras to zoom into Solskjær’s tears," wrote @AnfieldRd96, insinuating that the left-back likes his fast food.

I don’t just want us to beat Man Utd. I want us to ruin them. I want Mané to send Wan-Bissaka back to Crystal Palace U15’s. I want Firmino dancing on Phil Jones. I want Salah to send Shaw back to Burger King. I want the Sky Sports cameras to zoom into Solskjær’s tears.

However, deciding to construe the tweet in their own way, Burger King made clear that they were not looking to recruit the defender to work the friers, tweeting back: "It's bold of you to assume we would hire Luke Shaw."

Ouch, that's got to hurt.

One can only assume that José Mourinho was licking his lips in satisfaction somewhere, such was his bizarre disdain for Shaw when they worked together at Old Trafford.

It's bold of you to assume we would hire Luke Shaw https://t.co/t0fwn6IhRJ

What lies next for the defender is not clear. Well, one thing is clear. He won't be serving up Whoppers anytime soon...

Still reeling from the burger chain's heartless jibe, Shaw was unsurprisingly in no fit state to take on Burnley that evening and could do little to prevent United falling to a disappointing 2-0 defeat.

It was the first time that the ​Clarets had beaten United away from home since 1962, with a Chris Wood half-volley and a screamer from Jay Rodriguez earning Sean Dyche's side a deserved three points.

The ​Red Devils' fanbase was understandably angered by the performance and voiced their displeasure with a number of anti-Ed Woodward chants throughout the game. 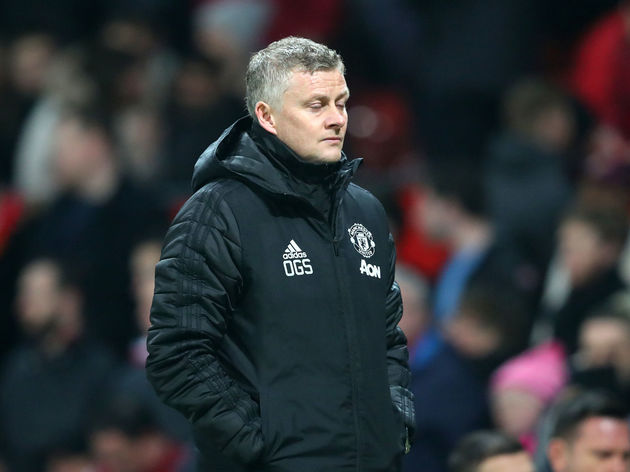 One of the flashpoints of fan discord was Ole Gunnar Solskjaer's decision to bring on Shaw in the 70th minute. Despite being 2-0 down to a side in the bottom half of the table, the Norwegian thought the best way to get back into the game was to bring on a left-back who has registered a grand total of... wait for it... zero goals and zero assists in the league this season.

Shaw's solitary involvement was having a strike ruled out for a blatant shove. It was an underwhelming performance from the former Southampton man which capped off a pretty disappointing day overall.