Brown will blow first whistle of 2012 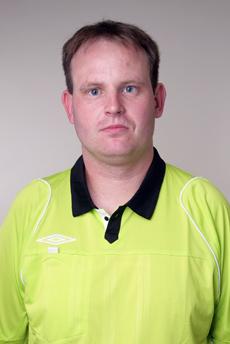 It's Brown's second season as a Football League referee and he's certainly having a quieter season than he did last when he found himself suspended and banned from using social networking sites.

His first season was progressing well and in January last year he got his first Championship game, Ipswich's home win against Doncaster, when he decided it would be good fun to have a joke at Liverpool's expense on Twitter.

He was quickly suspended by referees' chief Mike Riley and was banned from using all social networking sites. He came back but was only given one more Championship game all season and that was our defeat at Bristol City when he stood in as a late replacement for Andy Haines.

Brown is not the busiest of referees when it comes to the cards and this season he's yellow carded 52 players in 20 games whilst the only player he has sent off was Bury's Mark Hughes in their FA Cup defeat against Crawley Town.

Of those yellow cards, 21 of them have gone to home team players and 31 to away team players, and the card total includes 7 in his last game which was the 2-2 draw between Morecambe and Burton Albion two days ago.

Morecambe's Andrew Fleming, Jason Price, Nick Fenton and Will Hailing were all carded as were John McGrath, Billy Kee and Aaron Webster of Burton and that's the highest number of yellow cards from him in any game.