Reports are coming out of Birmingham that Burnley's on loan striker Lukas Jutkiewicz may become a permanent addition to Gary Rowett's promotion chasing Blues' squad in January. 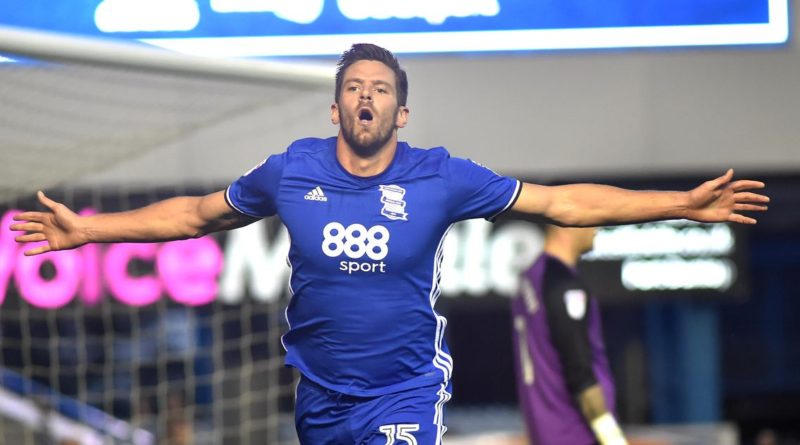 Having impressed on loan and netting five goals in eleven appearances, Burnley striker Lukas Jutkiewicz looks all set to make his move to St. Andrew's a permanent one.

"Jukey" has become a firm favourite of Blues' manager Gary Rowett and the player who was plagued with injuries at Turf Moor is now fully fit and firing on all cylinders.

Jutkiewicz failed to impress in the Clarets' goalscoring department following his permanent move to Burnley from Middlesbrough.

A series of injuries and loss of form contributed to Clarets' gaffer Sean Dyche allowing Jutkiewicz to go out on loan to Championship promotion chasing Birmingham City in a last minute deadline day loan deal.

A clause was inserted into the August loan agreement that allowed Gary Rowett's Blues the opportunity to discuss a permanent deal if the loan worked out.

It now seems likely that Jutkiewicz will be joining Birmingham City on a full time basis when then the January transfer window opens.

A fee believed to be in the region of £2 million pounds has already been agreed between the two clubs. Whatever the outcome of the deal, we wish "Jukey" well. (TEC).