Big Vince back in football 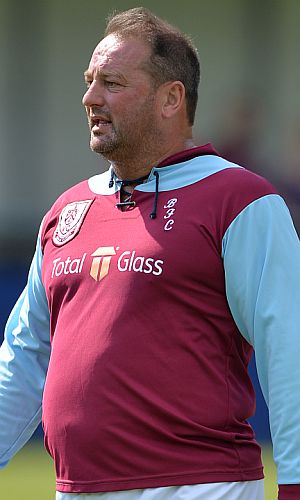 Moore left Bury for Carlisle at the beginning of this year and Overson too departed the Gigg Lane set up after new manager David Flitcroft decided to restructure the department.

Vince has taken some time out and has been watching youth games at various clubs and even returned to action himself with the Vintage Clarets, including a sound performance against Clarets Mad recently.

Carlisle boss Graham Kavanagh said: "We are putting things in place to improve the club. The place is changing on a daily basis and coming into the 21st century."

Vince replaces Chris Blake who has moved to Sunderland and got underway yesterday as the Cumbrians' young players reported back for pre-season training.

He left Burnley in October 2011, his departure coming three days after that of Martin Dobson, as Eddie Howe took control of the youth department. He'd been a senior figure within our youth department for almost seven years after first people appointed Head of Youth in December of Steve Cotterill's first season in charge at Turf Moor.

More recently he worked at Bury alongside Moore and other ex-Clarets including Paul Weller, and I know he will be delighted to be back involved at youth level with Carlisle.