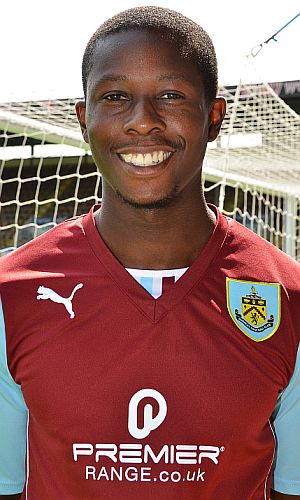 Bartley initially joined Orient on 1st August in a 28-day loan, just two days before the start of the 2013/14 season. He was an unused substitute for their first game of the season, a 5-1 win at Carlisle and three days later wasn't even in the squad for their Capital One Cup tie at home to Coventry.

Since then he's made three late substitute appearances in the league and on Tuesday night he made his first start in Leyton Orient colours as they went out of the COCUP at home to Hull.

The 28 days came to an end yesterday and there seemed to be some doubt as to whether he would be able to extend his stay.

Those doubts have now been removed and the midfielder will remain with Leyton Orient until 4th January 2014.

O's boss Russell Slade said: "We are delighted to keep Marvin on board, particularly as at one stage it looked like we might be losing him.

"He had a difficult start with us as he wasn't fully fit due to the injury he picked up at Burnley in pre-season. However, in training and during the limited minutes that he's had on the pitch, he's shown himself to be a very capable player. Trust me, there's a lot more to come."

Bartley joined the Clarets on the last day of the January transfer window in 2011 and has gone on to make 72 appearances, of which 39 have been starts, and has scored three times. He came in on a three and a half year deal and remains contracted to Burnley until the end of this season.