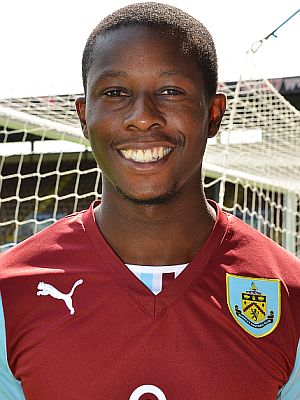 He signed for us minutes before the 11 p.m. deadline on 31st January 2011 after a day of wrangling with then Bournemouth chairman Eddie Mitchell, although the deal, believed to have been valued at £350,000, wasn't confirmed until just before noon on the following day.

His Burnley career didn't get off to the best of starts. He made just five appearances before the end of that 2010/11 season, just three of them starts, and was sent off in one of them at Nottingham Forest.

He also saw red in his first start of the next season at Crystal Palace although he settled into the team and started over half of the league games.

Last season he was nothing more than a fringe player under both Howe and Sean Dyche, only getting a regular run of games during February and March when he started four out of five.

He replaced Sam Vokes during the last away game of the season at Wolves and that proved to be his last game for the Clarets.

He spent the first half of this season on loan at Leyton Orient, and the loan was extended until this week while the clubs tried to come to some agreement on a loan until the end of the season.

This current, short term loan, was due to end on 1st February but today Burnley confirmed that his contract had been terminated by mutual consent. He played a total of 72 games for us, 39 of which were starts with 33 more from the subs bench.

He's now free to negotiate a deal with a new club and it wouldn't come as a major surprise should he sign for Leyton Orient for whom he's played 23 times and scored twice. His last appearance during his loan from Turf Moor was in the 4-0 win against Carlisle on 11th January.