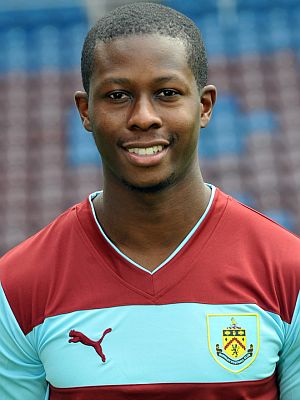 The four weeks will see him available for league games against Carlisle, Shrewsbury, Stevenage and Crewe and potentially a Capital One Cup tie against Coventry if he's given permission to play.

Suggestions of a move to Leyton Orient have been around for some weeks but he's been out injured with a hamstring problem and has only recently returned to fitness having failed to feature in any of our warm up games.

Manager Sean Dyche said: "Marvin has had a disjointed pre-season after picking up a hamstring injury, so he is around three weeks behind everyone else. He really needs to be playing competitive games, so the move will hopefully give him that opportunity."

His new temporary boss Russell Slade admitted they'd been looking to get Bartley there for a while. "Marvin has been on our radar for some time and unfortunately he got injured during pre-season and he's only been back this last week," he said.

"So we've been waiting all this time to ensure that he's over that injury and he's ready to come out on loan.

"When he's fit and he's firing on all cylinders he's got bundles of energy, is a really good athlete who can get up and down and travels well with the ball and breaks the play up. He's very strong."

Leyton Orient also reported that the loan was for an initial 28 days with a view to it being extended. It could be that, if it is appropriate for both clubs, the loan could become a season or half-season deal.