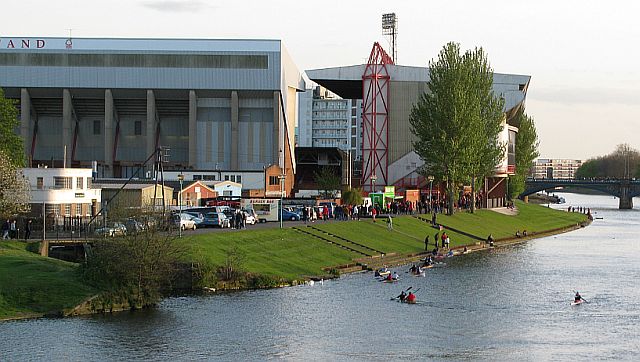 Nothing has changed at the top. West Ham and Southampton still occupy the top two places and it is also the same four clubs in the play off places. However, it has all closed up with West Ham losing and the next four getting one point each, allowing Birmingham, the only winners from the top six, to move up to fourth place in the table.

Birmingham really are the ones to watch. They were impressive in the first half against us at St. Andrew's back in November and they've managed to get up there despite all the extra games in the Europa League.

They are currently above Middlesbrough and Hull on goal difference and four points behind third place Cardiff, but they do have a game in hand, a home game at that and they haven't been beaten at home all season.

The results really have closed things up. Blackpool and Reading are just a point outside the top six and we come next a further two points behind whilst managerless Leeds and Brighton are one point behind us.

If it's tight at the top then it definitely isn't at the bottom. Bottom club Coventry looked set for a win at Blackpool before conceding two late goals. Two points ahead of them are Doncaster and Nottingham Forest. Donny went above Forest, gaining a point from their 0-0 draw at Hull.

Forest, of course, lost to the Clarets, and I have to say that I've revised my views on their chances of staying up. They looked an appalling side when they came to Turf Moor earlier in the season. I expected them to be better but in truth they weren't. They looked like a side with no confidence at all and unless they find some soon they could be in serious, serious trouble.

Millwall are just outside that bottom three now with Ipswich having beaten West Ham, but they are five points clear so no matter what happens this weekend, the bottom three won't change.

Our win means we have now, alongside West Ham, won more away games than any other Championship club. There always has to be a downside unfortunately and right now only Bristol City, Crystal Palace, Doncaster and Nottingham Forest have won less home games. On points, we're second best away (24 points) but 18th at home (19 points).

The week's results are below along with the stats, leading goalscorers, each club's disciplinary record, the highest and lowest attendances and the next fixtures.