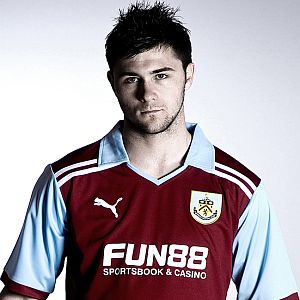 Charlie came in as a substitute and scored a hat trick for the Clarets at Portsmouth whilst Big Chris was netting both goals in Watford's 2-0 win at Leeds and those goals have won them the two forward places in the team.

Other goalscorers have been included with all four of the midfield players selected having scored with Nottingham Forests' Radi Majewski getting a place after his hat trick at Crystal Palace. To complete the team, the back four and goalkeeper all played for teams that kept clean sheets.

This week's team is selected from players of ten different clubs with just Blackpool having two players selected.