A Bridge too far

Burnley's first away trip of the season saw the Clarets mauled at the hands of a too hot to handle table topping Chelsea side. 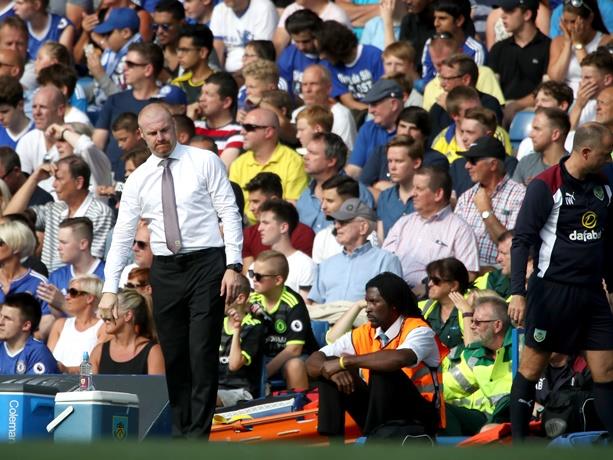 A disappointing first half performance from the Premier League's newbies left the Burnley manager baffled.

The Clarets went off the pitch at half time with far too much to do to take anything from their first visit of the new campaign in the capital city.

A reflective Dyche said: “They had far too much for us today. There is a massive gulf between where they are as a football club and us, both on and off the pitch, and it was on show today.

“If you add in really poor decision making from us and a very poor first half, which is not like us, then you have no chance of winning games like this.

“We gave the ball away far too often against a team who have changed. They are a fine side and they fill the pitch, they sit and absorb a bit more and allow you to play, rather than coming after you.

“But we didn’t use the ball well at all and there was no will and demand to go and get the ball, to use the ball or keep it.

“There were too many sloppy passes and you just can’t make decisions like we did today against teams of this quality.

“Credit to the lads for keeping going, but Chelsea were never really in trouble and we have to learn from these games because this isn’t our market. We have to take these challenges on and we wanted them, but there is a big gap.”

Burnley can however take some positives from the chastening experience. Young Aussie midfielder Aiden O’Neill took over where he left off following his debut against Liverpool last week.

An impressive midweek show at Accrington Stanley catapulted the young starlet into second half Premier League action as Sean Dyche attempted to put some respectability on the scoreline.

Tom Heaton certainly did himself a lot of favours for when new England boss Sam Allardyce examines his goalkeeping options for the national side's latest draft.

Heaton produced a masterclass between the posts and was blameless for the three goals conceded.

Dyche spoke in glowing terms of O'Neill saying “I was really pleased with the changes and for Aiden to be on a Premier League pitch, aged just 18 is fantastic.

“He is a young man with a fantastic future, as long as he keeps working hard and keeps himself grounded, which I think he will.

“In the end, we stuck at it and tried to get something from the game, but it was always going to be difficult.

“We have to take away the fact this is a very good club with a deep level of quality. We go away knowing you have to come to places like this with real belief and I thought we were lacking that, in particular in the first half.”

Burnley are perhaps going to have to vary their expected 4-4-2 formation to provide opposing clubs with different challenges? (TEC).