Liverpool beat Manchester City this weekend, making it 34 points from 36, sealing the Premier League title, bringing an end to Brexit, curing cancer, and writing poverty into the history books all with one monumental November performance at Anfield.

Also, there were nine other games apparently.

Here's our breakdown of the seven best moments from across the ​Premier League's matchweek 12.

This is where Andy Robertson fired his cross towards Salah. He is different class man, sensational left back. pic.twitter.com/IVNjhy6zgE

There were a few worthy contenders for this one, but the razor-sharp precision of the cross multiplied by the weight of the occasion puts Andy Robertson's assist for ​Liverpool's second goal against Manchester City head and shoulders above the others this weekend.

It was a quintessential Liverpool goal in many ways, with opposite full-back Trent Alexander-Arnold starting the move with an incredible cross-field pass that allowed the Scotland captain to take a single touch before viciously whipping a perfectly-weighted ball in behind the City defence.

From Arnold to Robertson to Salah who needs midfield  #lfc pic.twitter.com/EjrviWiMzq

Tailored to perfection, it evaded Fernandinho's desperate attempt to clear and bounced up just in front of Mohamed Salah, whose gentle header utilised the pace on the cross to guide it past Claudio Bravo. It was some finish, but it was all facilitated by one of the best assists you will see this season. 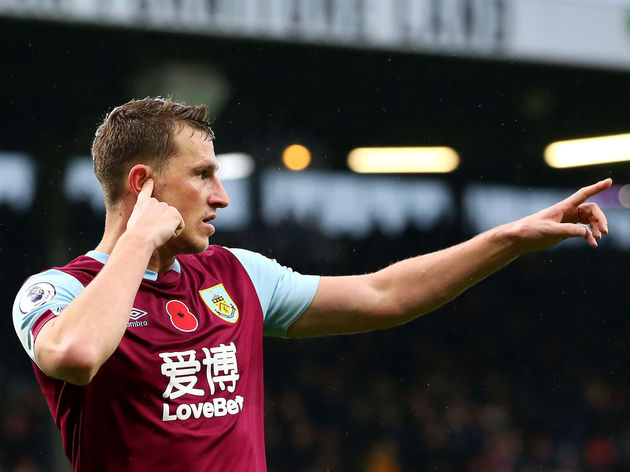 VAR hasn't gone down particularly well since its arrival to the Premier League, has it? It seemed like an excellent idea in theory, but the implementation of it in England's top-flight has been a touch off, and this has led to what you might call polite discontent from supporters, players, managers, pundits and virtually everyone who is allowed an opinion on the English game.

​Burnley striker Chris Wood has become the latest to voice his frustration, as after seeing an earlier goal ruled out by the VAR room, he refused to celebrate his goal that actually did count, instead using the post-goal mayhem to point to his ear as if he was waiting on confirmation. Just like the referee does on a VAR check. Get it?

Albeit narrowly, this one was actually a correct decision.

So much was made of Sadio Mané's diving headed effort to seal Liverpool's win on Sunday, that DeAndre Yedlin's glorious swan-dive to get ​Newcastle back on level terms with Bournemouth on the Saturday mid-card has been almost entirely overlooked. We're not having that.

This one came about when Allan Saint-Maximin's miss-hit shot floated towards the back post, but as much as the Frenchman will have been disappointed with his effort, one man's trash is another man's treasure. Clattering in to meet it was right-back Yedlin, who, unmarked, met the it with an exquisitely-executed Superman dive that almost burst the back of the net.

Pulisic forces Guaita into a brilliant save, after sending in a powerful strike which was destined for the top corner!

It wasn't really the weekend for spectacular goalkeeping in the Premier League, so much so that it was looking as if we'd have to scrape the barrel for a winner here, but fortunately enough, the highlights from ​Chelsea's routine 2-0 win over Crystal Palace yielded a clear and obvious frontrunner.

The Blues gave their London rivals little-to-no chance with a dominant display, but two could have been four or five if not for a solid performance by goalkeeper Vicente Guaita. He made a few good stops in the first half, but his flying stop well into the second to deny Christian Pulisic a spectacular solo goal earns him the prize.

Best Tackle into the Net Mourinho was criticised for his persistent use of the midfielder towards the end of his tenure, with some feeling he was too limited to perform consistently for the club. Having settled into the team, however, he's now showing he can do everything you'd reasonably ask from a player in his position; from breaking up the play with a tackle to changing the game with a goal.

And in typically Scottish fashion, he combined the two against Brighton, doubling United's lead with a tackle in the six-yard box that crept into the net via a touch from Davy 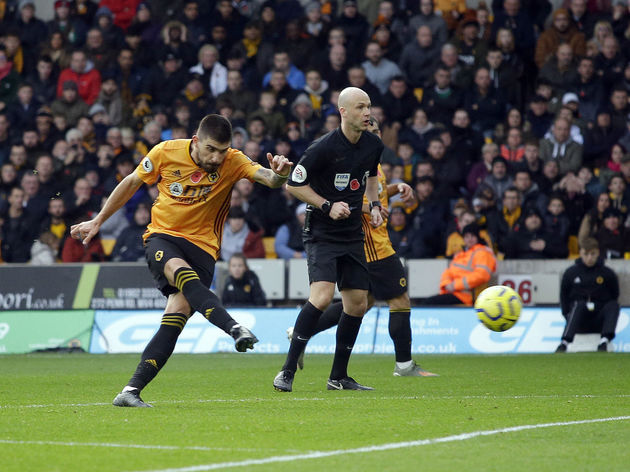 If you were looking for a 15-second clip to surmise what this Wolves team are all about to put into a time capsule and immortalise them forever more, you'd probably want something along the lines of And to go out with a bang, let's take a moment to remember just how absolutely livid Pep Guardiola was with referee Michael Oliver and his team of officials after Manchester City's defeat to Liverpool. Oh boy.

“Thank you so much!”

Pep Guardiola’s sarcastic handshake with Michael Oliver says it all as #MCFC feel aggrieved by VAR decisions at Anfieldpic.twitter.com/nEbKE61hqY

Of course, it's easy to see why he was frustrated, with Trent Alexander-Arnold's handball in the area coming immediately before the Reds countered and scored (though he wasn't exactly mindful of the touch on Bernardo Silva's hand that caused it). Ultimately, though, his team fell short, and with the defensive performance they turned in, likely would have done so regardless of a tight decision or two going in their favour rather than against them.