With ups and downs, however often comes heroes, and Burnley are definitely not short of those. From fielding international stars like Jimmy Adamson and Jimmy McIlroy during the clubs glory days, to the clubs more recent ascent up the football league, Burnley are a club that some love to hate, while others find them as a safe option for a soft spot.

This list will take a trip down memory lane to recall seven heroes of Burnley’s exploits since the birth of the Premier League in 1992. The only man from Bath to have played for Austria (their Under-20 team at least), Ashley Barnes is the physical representation of everything Sean Dyche believes in.

Scores important goals? He does nowadays.

The club's record Premier League goalscorer, Barnes leads the line with distinction and his bustling style of play wins many more points than he’s given credit for. Vorsprung durch großer mann.

Biggest Clutch Moment: Picture the scene. Burnley looking to secure European football, travel to West Brom who are fighting for their lives. After 22 minutes, a cross comes in slightly behind Barnes, does he chest it? Nope. Many believe this is where Gareth Bale got the idea for his bicycle kick in the Champions League final two months later. 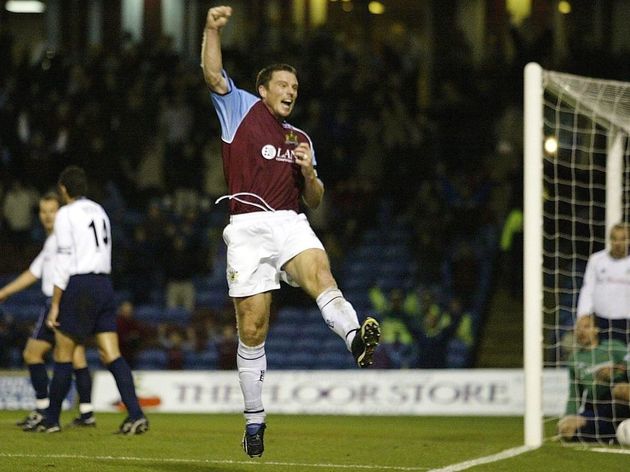 From the most recent player the oldest now, Burnley and Steve Davis have quite the affinity. 427 games over three spells, as well as two times as caretaker manager, Davis is much a part of Burnley as the cotton industry.

An uncompromising centre half, Davis was part of every Burnley side that achieved promotions from Division Four to Division One during the 90s and proved to be one of the best defenders outside the top flight for much of his career.

Biggest Clutch Moment: Returning to a dilapidated Burnley team in 1998 and providing the catalyst to Stan Ternant’s side that won promotion back to Division One. Scandinavia have a habit of producing excellent goalkeepers, and while Jensen may not have been elite, he was damn entertaining.

His performances in Burnley’s return to the top flight in 2009/10 earned him cult status across the country, and although he was prone to the odd error, he really turned up in the big games.

Nicknamed 'the Beast', he spent ten years entertaining the fans at Turf Moor. I don’t think they’d want him back over Nick Pope though.

Biggest Clutch Moment: Jensen played some big games at Burnley, but his best was surely a heroic performance against Chelsea in 2008 in the League Cup, where he saved two penalties in a dramatic shootout win. From one of the heroes of the 2009/10 Premier League season, to the man who put them there. Wade Elliot was a reliable right midfielder who was an almost ever present for five years at Turf Moor.

One of only three to feature in every game of that top flight campaign, Elliot won the clubs player of the year award in the two years prior to promotion and his free kick deliveries made heroes of players like Steven Fletcher and Andy Gray.

Biggest Clutch Moment: Of course, the winner in the 2009 play-off final. What else? It was a 25-yard screamer on the biggest stage in the football league. Had to be. 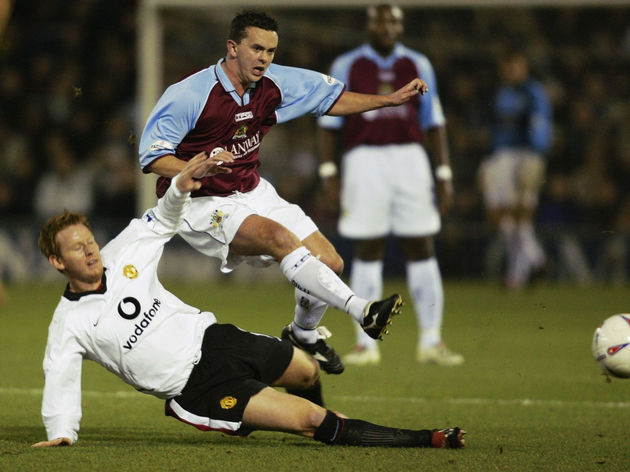 But in his almost 300 games for Burnley, nobody could accuse him of Going Underground. He played with his heart on his sleeve and is still fondly remembered by Burnley fans All Around The World.

Sure, he’s not the most famous Paul Weller in Britain, but at Turf Moor he’s the favourite one. Even if he’s not from A Town Called Malice…ok that was a stretch.

Biggest Clutch Moment: Like Wade Elliot, Weller’s biggest moment was a goal to clinch promotion. Unlike Elliot, his was a last minute winner to secure an automatic spot which had Burnley fans telling him 'You Do Something To Me'. I’ll stop now. Known by some for being better than Cafu on Championship Manager 2001/02, Duff can also be counted as a Burnley legend - in real life - having played an important role in each of the Claret’s last three promotions.

Duff could operate at full back, and later at centre half where he was a steady and calming presence in the defence. A series of knee injuries robbed him of regular action during the 2009/10 Premier League season, but he made up for it in 2014/15.

Biggest Clutch Moment: After being weak against Didier Drogba (who wasn’t?) in the famous cup win against Chelsea, it was his penalty that set up Jensen’s moment of glory in the shootout. Robbie Blake was a bit of a journeyman during his career, but that did include two spells at Burnley where he made over 250 appearances.

Blake was a classy operator, and a real bit of flair in the lower divisions. He wasn’t always prolific, but that didn’t matter when he was the one making the team successful. That was Robbie’s job.

When he did score though, they were often spectacular, with a great record from free kicks and a good volley on him…

Biggest Clutch Moment: Speaking of volleys, he scored one of Burnley’s most famous goals, a terrific strike against reigning champions Man Utd, in the clubs first top flight game in 33 years.