Leyton Orient and Stoke are rivals for McIlroy 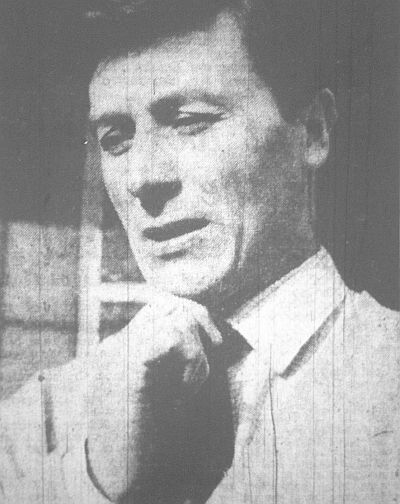 We lost that game 1-0 with Jimmy Robson, who had been out of the team for a period, returning at inside left (the position in which Mac had played his last 18 games).

McIlroy had intended taking in another game but, instead, opted for a get away from it all weekend at the seaside with wife Barbara as the speculation grew.

Before leaving, he spoke publicly for the first time on the news that had stunned the town. "I suppose you want to know what all this is about? Well so do I," he said.

"I was just ready to start training when Ray Bennion came into the dressing room and told me the manager wanted to see me in his office. I couldn't think what it might be about.

"I went to Harry Potts' office and immediately noticed that something was wrong. Little did I know what was to come. The manager hesitated for a second and then told me that at a meeting of the directors it had been decided, on his recommendation, to place me on the open to transfer list.

"I was completely stunned, in fact I was speechless for a good few seconds. Then I recovered and asked him why. I was told my play had not pleased him, that Mr Potts had been good to me and I had not reciprocated.

"My reaction was one of complete and utter amazement. I couldn't believe it, but I remember that at that moment my uppermost feeling was one of hurt pride. After all, it comes as a terrible shock to learn that a club with whom you have been for 13 years doesn't want you any more.

"I pressed for the reasons and Mr Potts said that a player of my calibre was not expected to play below a certain standard. I told him that, if this had been the case why hadn't he told me before? Surely the obvious move when a player is off form is to drop him into the reserve team?"

Just as that news was breaking, supporters' hopes were raised that their favourite might stay when chairman Bob Lord hinted at another statement from the club, but hopes were dashed when the statement came. Lord said: "There is a chance that at the right time we may elaborate on our decision.

"I must emphasise that I do not mean we will be giving another reason for putting McIlroy on the list, because there isn't one. I mean that we might decide to enlarge on the reason already given."

Lord warned the protesters that they were doing the club, and McIlroy for that matter, no good whatsoever and that they should stop the protests and petitions and support the club and back the manager Mr Potts.

Those supporters certainly weren't listening to their chairman. The petitions continued and so did the letters of protest to the Burnley Express and McIlroy himself said he had been overwhelmed by the letters of support that he had received from the Burnley public.

He knew his Turf Moor days were coming to an end but now the matter was where he would go. Leyton Orient, struggling at the bottom of the First Division in their first season following promotion, wanted him, but so did two Second Division clubs who would prove to be more attractive given that geographically they were closer to Burnley.

One of those clubs were Preston. Their manager Jimmy Milne confirmed it but said: "I have been in touch with Burnley but they won't put a price on the player and seem to be waiting for offers. We are pursuing the matter in the hope of further developments."

Stoke were building a reputation for signing very experienced players coming, shall we say, towards the end of their playing careers. It was beginning to work and they'd pushed themselves into fifth place in the Second Division with a determination to get into the top flight.

Stoke officials turned up at Turf Moor on two successive nights in the hope of pushing through a move. "We have made an offer but it has been rejected," confirmed their manager Tony Waddington.

Just over 24 hours later, Mr A. Henshaw, their vice-chairman, confirmed: "I have made certain promises to the Burnley board. I cannot make any further comment."

Stoke later revealed they had made their final offer and Lord said they were not selling him for the sort of money offered and that the player would not be signing for the Potteries club under any circumstances.

Despite that news from chairman Lord, Jimmy McIlroy's departure from Burnley was imminent.