Supporters' Clubs would like your views on Blackburn travel 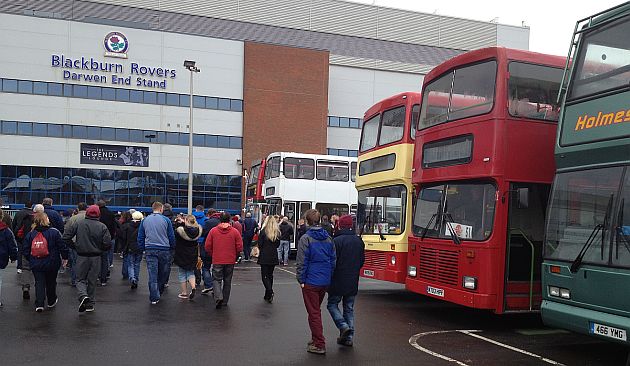 The response was so good that it has been impossible for replies to be sent to everyone although some of those people will be contacted in the near future as the Supporters' Clubs, working with the FSF, continue to lead the fight against this mandatory bus operation.

With the match having now been played it would be beneficial if those who did go could send in their own observations of the day with details of how they thought the operation went, how inconvenienced they were, whether it would put them off attending this fixture should the same restrictions be placed on us again.

It's been suggested in the media that the Supporters' Clubs were consulted in the build up to the game. At the only meeting to which there was an invitation what some might describe as 'consultation' was actually being told what would happen, and even that changed somewhat after that meeting with no further consultation.

On behalf of the Supporters' Clubs, a thank you to all those who emailed before the game and for those who did go could you please send your comments and observations of Sunday's operation to blackburntravel@gmail.com which is the same email address as used previously.