That news has brought much comment from supporters of both clubs, and none of it has been positive with supporters mystified at the explanation given regarding the policing and stewarding of the fixture.

This morning, the Burnley FC Supporters Groups have released a short statement which Clarets Mad are happy to publish in full. 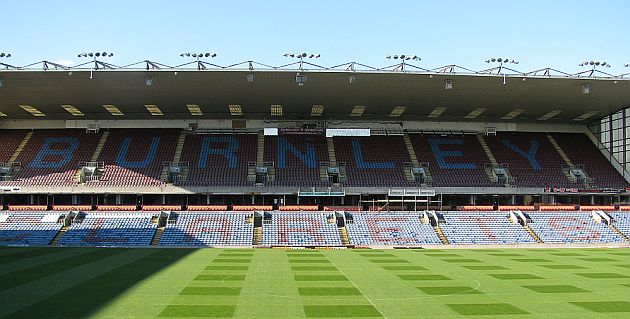 "The Burnley FC Supporters Groups are extremely disappointed at the news that our FA Cup 3rd round tie at home against Tottenham Hotspur will be played on a Monday evening.

"This will be our first home game in the FA Cup for four years, and it is a potentially exciting game against a Premier League rival with whom we've played out some classic games over the years, notably in the early 1960s and more recently in the Carling Cup semi-final of 2008/09.

"We feel the club's explanation that it is due to an issue with police and stewarding resources on the Sunday is somewhat vague and in need of further explanation, while we are also unhappy at the closing of the only family stand in the stadium leaving families, particularly those with younger children, with a big decision to make as to whether to attend.

"While appreciating that our supporters have all been inconvenienced with this scheduling, we are particularly concerned for those supporters who travel long distances to attend Burnley home fixtures and now must travel on a day that is, for many, a first day back in work after the Christmas and New Year period.

"We note that this is the only 3rd round fixture, other than the one caused by the replaying of a second round tie, to be scheduled on an evening while not being broadcast live by a television company, and also we note that no FA Cup fixtures are being played in Lancashire on the Sunday.

"We do welcome the decision by Tottenham Hotspur Football Club to offer their season ticket holders free transport to the game. However, in saying that, we fully support the stance made by the Tottenham Hotspur Supporters' Trust in their statement issued on Thursday 18th December (see below), and will offer them our support in trying to get answers to some of the questions they have raised.

"We can confirm that the decision taken to play this game on Monday 5th January 2015 was one taken without any consultation with the Supporters Groups.

From the Tottenham Hotspur Supporters' Trust

"Our supporters are faced with a long trip on the evening of, what will be for many, the first working day of the year.

"The last scheduled train leaves Burnley for London at half time. And those travelling by coach will need to find their own way back from White Hart Lane at 4am in the morning.

"THST made clear its response to the scheduling of the tie. Since then, we have been in conversation with THFC and the football authorities to find out why the tie was scheduled at the most inconvenient time for Spurs supporters, and what could be done to mitigate that inconvenience.

"There has been lots of rumour and speculation since the announcement was made and, as always, we've tried to establish the facts before making comment.

"Questions are still outstanding but we feel supporters deserve to be updated, so this is the situation as we currently understand it. We appreciate the patience of the many fans who have contacted us on this matter.

"We understand the scheduling of fixtures over the holiday period presented challenges, especially with Spurs playing at home to Chelsea on January 1.

"In previous conversations with the FA and the Premier League we have, alongside other fan organisations, frequently questioned the way the scheduling of live games impacts upon fans, and this is a prime example of the problem.

"We appreciate, too, that the playing and coaching staff must ensure there is appropriate recovery time between games.

"But scheduling the game on Sunday, January 4 would have meant the game was played three days after the Chelsea match, and at a time when it would have easier for travelling supporters to attend.

"Our understanding is that both Burnley and Spurs were happy for the game to go ahead on January 4.

"But, as the club's statement said, there were 'police and stewarding issues' that meant Sunday was not possible.

"We have asked the club to clarify what those issues were. We have yet to receive a reply.

"We have also contacted Lancashire Police to ask what those issues were. We have yet to receive a reply.

"The possibility of a cup tie between Accrington Stanley and Manchester United on January 4 has been mentioned frequently as a possible reason why the Burnley v Spurs tie could not go ahead on that day.

"We have asked Lancashire Police if it is true that they did not have the resources to deal with two football matches in the same county on the same day. We have yet to receive a reply.

"In the event, Accrington Stanley were knocked out of the cup, meaning there will be no match at Accrington on January 4.

"The Yeovil v Accrington Stanley game was played on the evening that the date of the Burnley v Spurs tie was finally announced.

"It's possible this is because the FA insisted a decision was made on that morning, rather than waiting until the outcome of the Accrington tie was known.

"We have asked the FA if this was the case. We have yet to receive a reply.

"If the scheduling of the tie for January 5 was as a result of the FA's insistence that a decision was made before the outcome of the Accrington tie, we would find that extremely disappointing.

"In numerous discussions with the FA, we have made the point about the effect of kick-off schedules on fans, and the FA has promised to bear this in mind in order to preserve 'the magic of the cup'.

"The FA also acknowledged that playing ties after the draw for the next round has been made damages the 'magic of the cup'.

"And yet this is the situation that we will be in again this year, possibly as a direct result of the FA's action.

"'We will continue to press for answers from the Police and the FA, and have made the point to THFC that fuller explanations of decisions would help the relationship with fans.

"We await answers to our questions from the FA and the police.

"We will update supporters further when we receive them."