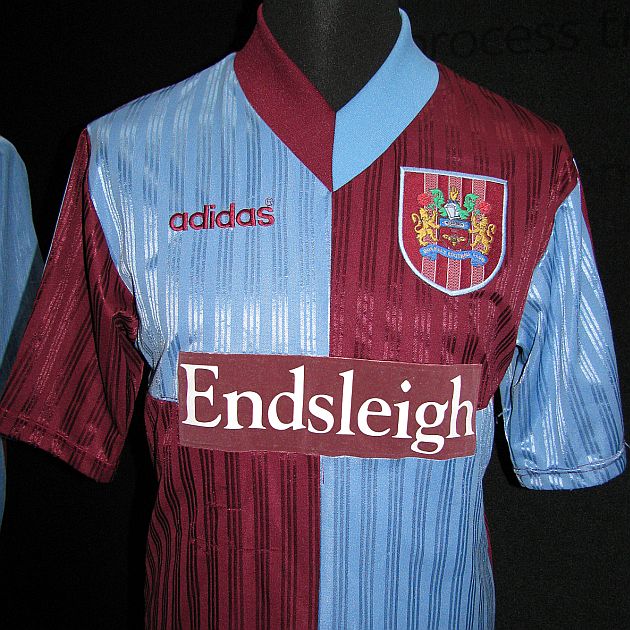 The 1996/97 season brought a big change with the introduction of Adidas as manufacturer for a three year period. Gone was any idea of a typical Burnley shirt. It was replaced by a claret and blue version of a standard Adidas shirt at the time.

Incredibly, Burnley opted for a quartered design and this was once voted the worst Burnley shirt of all time. It was also of very poor quality.

It was, to date, the last home shirt ever worn by Burnley for more than one season and was last used at the end of the 1997/98 season when we beat Plymouth Argyle in the last game of the season to avoid dropping back into the bottom division.

The shirt also brought to an end a ten year sponsorship deal with Endsleigh. Folloing the death of their MD Mike Naylor, they opted not to renew the sponsorship at the end of the 1997/98 season. 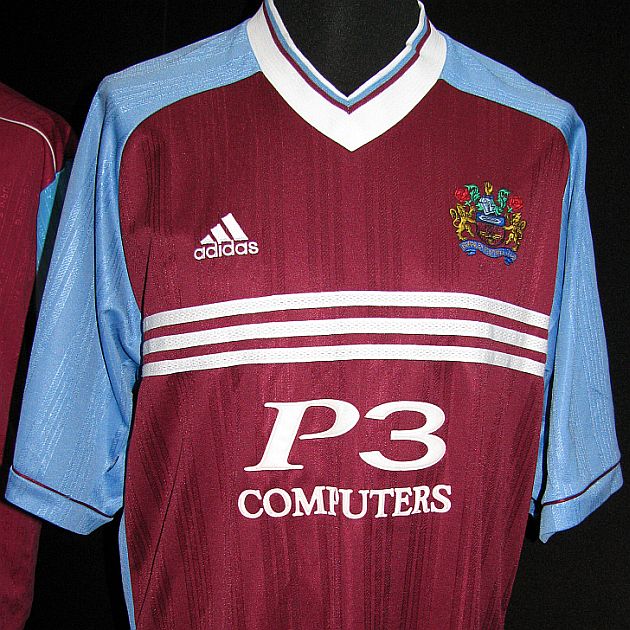 A new manager, a new sponsor and a new shirt for the 1998/99 season, the third and last season under the Adidas kit sponsorship.

Burnley had turned to Stan Ternent to manage the team while local company P3 replaced long standing Endsleigh as shirt sponsors. P3 signed a two year deal which would take Burnley into the new Millennium.

This shirt, at least, was a more traditional looking one, a standard claret shirt with blue sleeves although with the Adidas three stripes running across the front of the shirt. 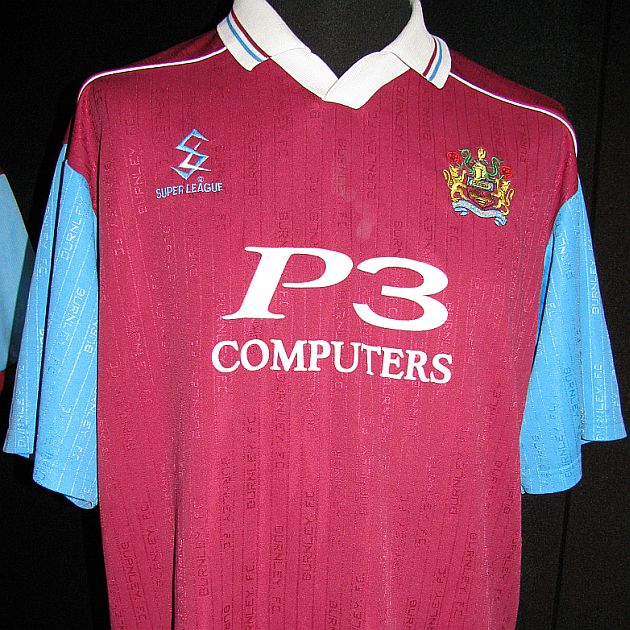 With a mainly white collar, it was again the standard claret shirt with blue sleeves. It proved to be our promotion shirt although it wasn't worn at Scunthorpe on the day that promotion was confirmed. 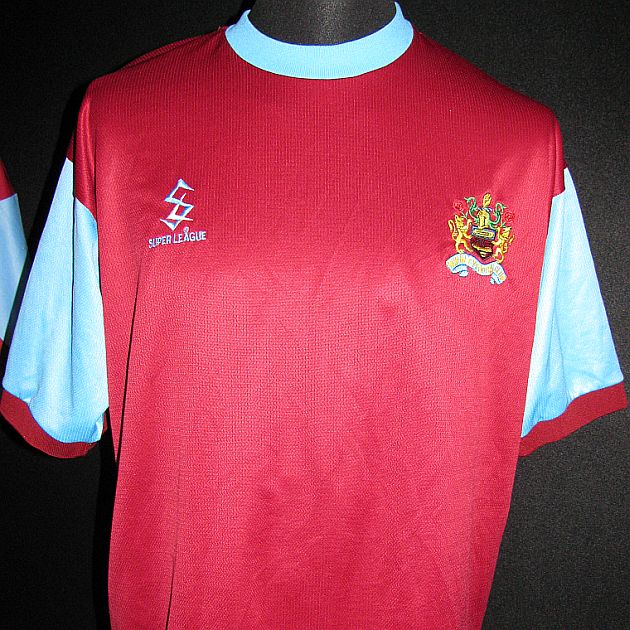 The first shirt following promotion was supposed to be a replica of the FA Cup Final shirt of 1962 but in truth this shirt will always be remembered as the shirt with no sponsor. P3's contract had ended and the club failed to secure a new sponsor.

Chief executive Andrew Watson tried to suggest that the club had chosen deliberately to have a shirt without sponsor but then shot himself in the foot somewhat by placing an advert for the club's web site on the front later in the season.

Thankfully, the shirt in the display  was one without the advert and the shirt remains known as the one with no sponsor. 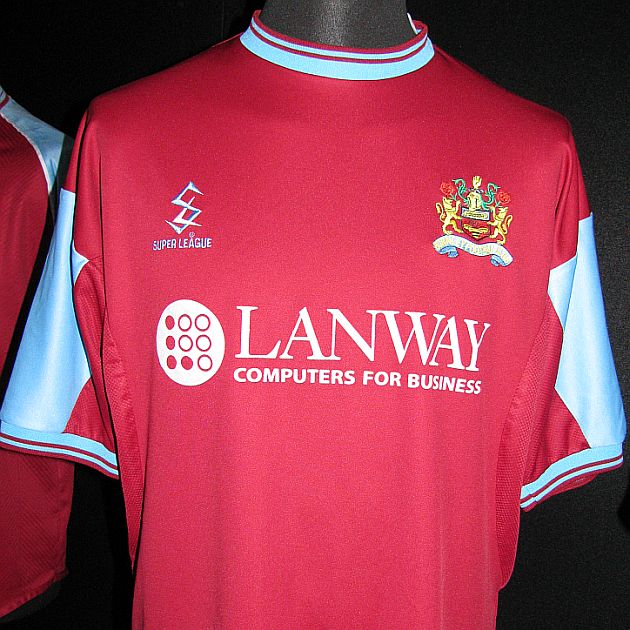 A new shirt sponsor was found for the 2001/02 season in local computer company Lanway signing up for an initial two year deal.

Although the shirt appeared to have been manufactured by Super League again, this was not strictly the case. Super League had been bought out by Scottish company TFG and all their shirts in 2001/02 season carried that companies name with the exception of Burnley's. We had strictly requested that the name on the shirt should remain as Super League to suggest we were still using a local company.

The shirt was very similar to the one used in the previous season other than two claret rings on the round collar and slight changes to the sleeves.