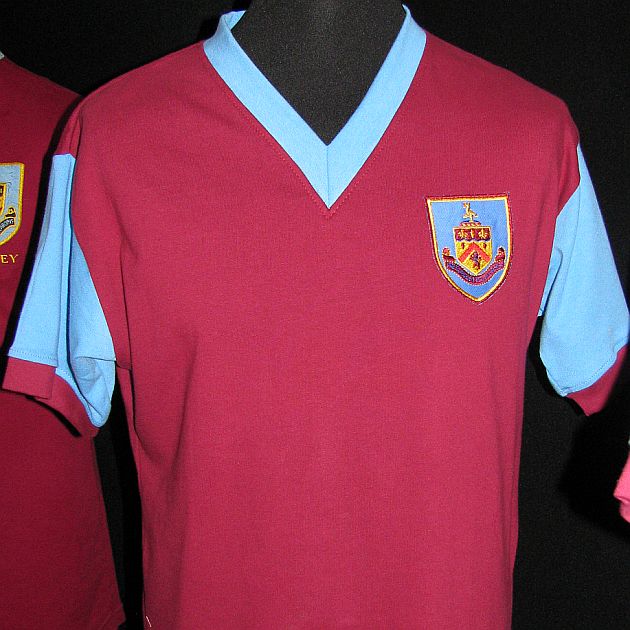 This shirt was introduced after the club had won the First Division championship in 1960 and was first worn in the international tournament in New York.

It was the first claret and blue shirt to feature the County Borough of Burnley Coat of Arms, although it had previously been used on the blue FA Cup Final shirt of 1947.

Although the Coat of Arms would be used for nine years on the home shirts, this particular shirt was worn for just one season when Burnley played a club record number of 62 competitive games including the inaugural season of the League Cup, the Charity Shield and the European Cup. 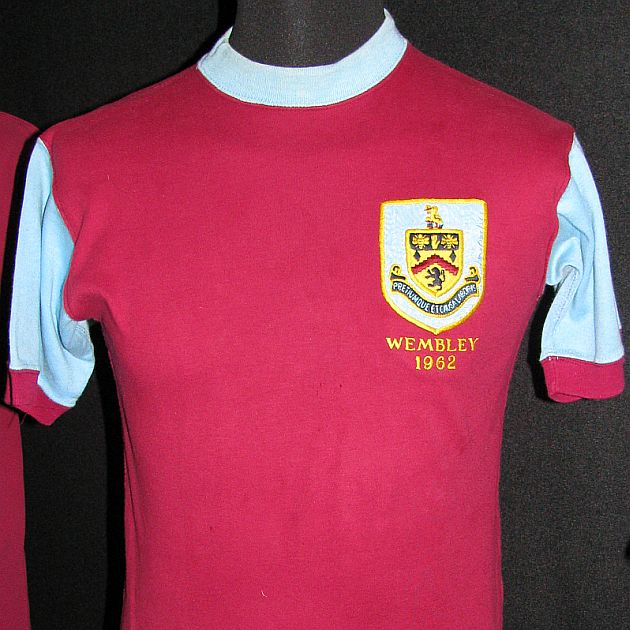 After playing in a V neck shirt for six years, the club changed to a round neck shirt ahead of the 1961/62 season. This particular shirt was used for eight seasons although during its life there was a major change made to the playing kit in 1965 with white socks replacing the previously worn claret and blue hoops.

This shirt, like the one before it, was used in European competition when Burnley played in the Fairs Cup in 1966/67 but in its very first season was worn in the FA Cup Final defeat to Tottenham Hotspur.

The shirt featured is the one worn by Brian Miller in that FA Cup Final. 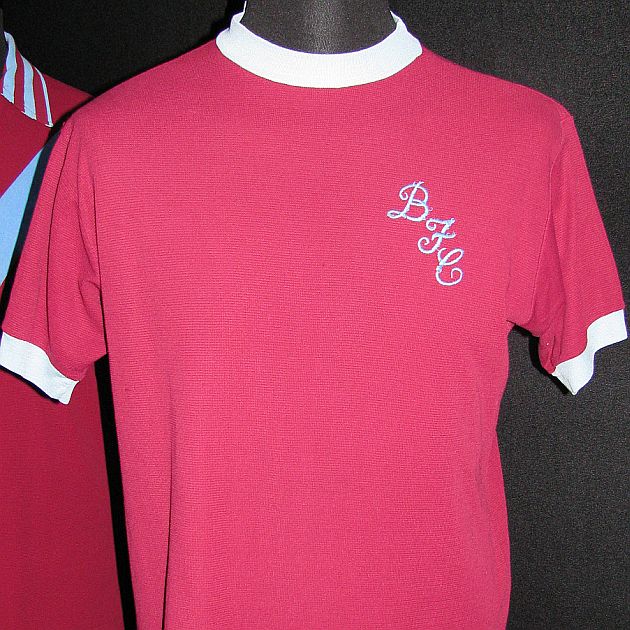 The new shirt introduced for the 1969/70 season saw a big change from previous years with much of the blue having been removed. Only the round neck and the sleeve cuffs were blue on an otherwise claret shirt.

The Coat of Arms was also removed and replaced with a simple italicised BFC. The shirt saw us suffer a relegation from Division one in 1971 with a promotion two years later, and what was to be our last promotion to top flight football for 36 years.

During this shirt's life, the club introduced their own club badge in 1973. However, it wasn't used on the shirt which continued with its BFC. 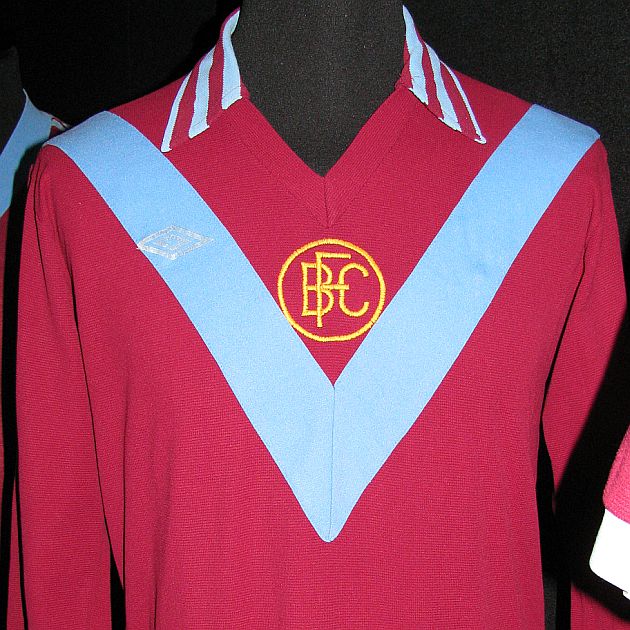 If the shirt introduced in 1969 had seen a big change, then its replacement in 1975 brought with it a totally new looking shirt.

The shirt, which was used for four years, sported a big blue V on the front whilst the BFC was now in gold inside a gold circle and positioned in the centre of the shirt.

It was very much a shirt that divided opinion. The traditionalists didn't like it at all and suggested it looked like a rugby league shirt. Others considered it iconic and was a shirt that gave Burnley a distinctive and different looking shirt.

In its first season we were relegated and the only success came in the 1978/79 season when we lifted the Anglo Scottish Cup. 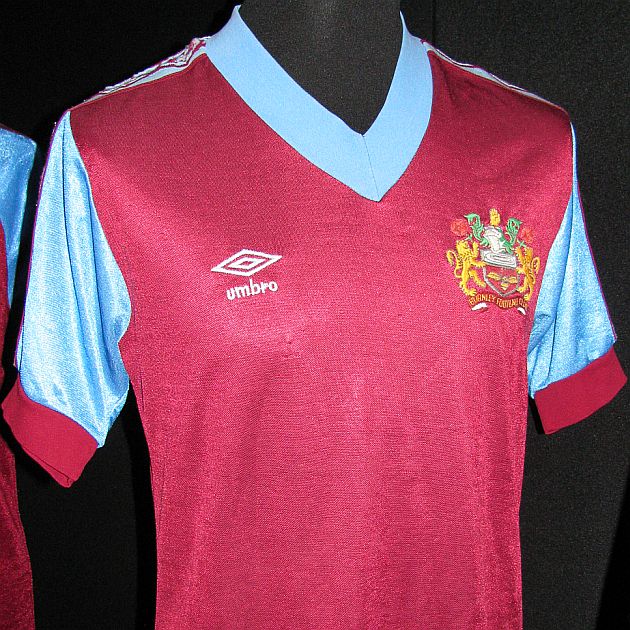 It was back to a more traditional looking shirt in 1979 with the return of the blue sleeves, for the first time since 1969, and a claret V neck. This was to be our last Umbro shirt and sported a pattern of the Umbro diamond down both shoulders and sleeves. This shirt was also the first claret and blue shirt to feature the new club badge that had been introduced six years earlier. It had previously been used on a yellow away shirt.

This shirt was used for two seasons and in the first of those seasons, despite returning to a more traditional shirt, we broke with tradition by wearing blue shorts and socks.

That first season saw us relegated to the Third Division for the first time in the club's history meaning the shirt was used in our first season as an associate member of the Football League. We returned to white shorts and socks with the club confirming that the blue was ditched, and would never return.