I remain amazed at the number of exiles who, like myself, closely follow the Clarets. On match-days, as the Eli's forum comments on the game in progress, people sign in from all over the globe. 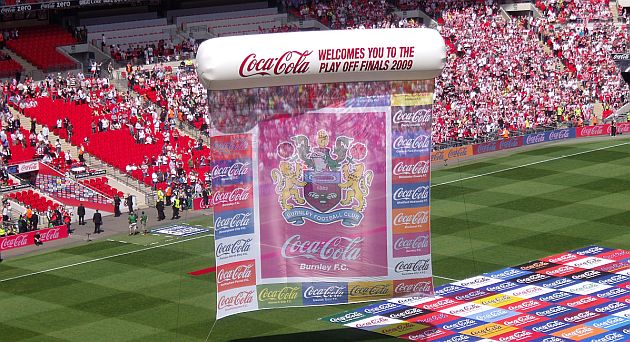 Many of us have lived in Burnley at an early age and moved away for work reasons which have taken us to far-away places but we have never lost the love for our football club. My story is one probably replicated by hundreds, maybe thousands who suffer and celebrate at long distance. To all of you who live in or near the town and can regularly watch the team our exiled life may seem a strange existence – it is!

I left Burnley in the 1960's, firstly to London for higher education then a brief 2 year spell teaching at Hutton, near Preston. After that I moved permanently to Cambridgeshire, which is not, I agree, an exotic far-away destination.

It is, however 200 miles from the Turf and early family life in the 70's and 80's included a large mortgage and two children – leaving little money for trips home to regularly watch football. I contented myself coaching schoolboy football up to county level and catching up on any gossip from occasional newspaper articles. - but these were becoming the lean years and our club was not a fashionable topic in the media.

Visits home to my parents at Christmas and Easter and a few family occasions meant 2 or 3 matches a season plus away games, depending on division, at Peterborough (always a graveyard!), Cambridge Utd., Norwich, Leicester, Luton, Colchester and Southend. For some reason, I have never made it to Ipswich. There was no internet site only Clubcall to gather news from.

Then 8 years ago came retirement and perhaps an opportunity to perhaps see more games? No! - after illness struck us both, we decided upon a retirement project to focus our minds and bought a holiday home in South-West France. At first it was only for a few weeks but as we found more work needed to be done we have extended that to between 5 and 6 months a year.

From mid April to late October there is no chance of seeing a game. One major exception of course was Wembley 2009. As it was the wife's birthday I got special dispensation to fly into Gatwick from Bordeaux on the Sunday (accompanied by Roy Hodgson who had been scouting a Bordeaux player the night before). I stayed overnight at my son's house in Horsham and like thousands of others who poured in from all corners of the earth we had one of the great days in a Claret fan's life.

That season too, I had been to the Carling Cup games against Arsenal and Spurs – the latter ranking as probably my most disappointing but proudest experiences as a Claret.

I had managed those cup games because of course I was in the UK from November to March. However, a 400 mile trip is an expensive business and weather can make the journey treacherous – none more so than that night against Arsenal. I now see approximately 5 or 6 home games a season and managed to go away to Coventry, Nottingham, Brighton and Norwich last season.

Does that make me, or others in my position, any less of a supporter than the die-hard regulars on the Turf. Well, all I can say is that following a match on Final Score, Radio 5, the forum or Clarets Player is just as gut wrenching as being there, if not more so. Saturday nights are just as delightful or dreadful for us, depending on the score. Close seasons are to be endured rather than enjoyed in just the same way for us.

Today, it is much easier to follow at a distance than it was when I first left home. Daily visits to this web-site keep us in touch with speculation and rumour. We appreciate the thoughtful articles of Richard Oldroyd, Dave Thomas and other regulars and of course the dedication of our editor's match reports and articles on past and present topics.

Big Dave's Sunday review of the press is a must-read and the various photo quizzes are great. Therefore life is not too bad out here in the sunshine but come Saturday or Tuesday night there is only one place I want to be – in the battered old town where I grew up, on a famous old ground watching the only team that matters in the whole world.

If only Star Trek's “beam me up Scotty” was real! But then, I suspect the Turf would not be large enough for all the exiles arriving just before kick off. And with that bizarre picture I must get back to gardening in the sunshine – or maybe just another glass of chilled wine! 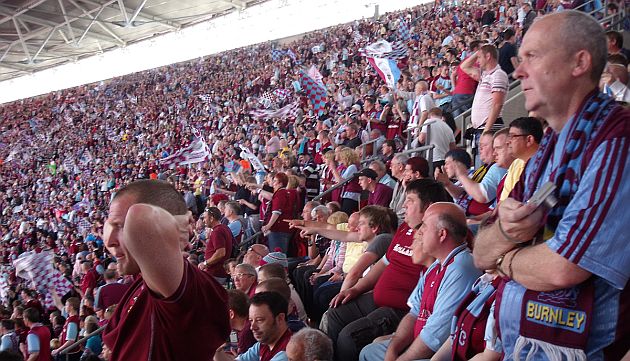