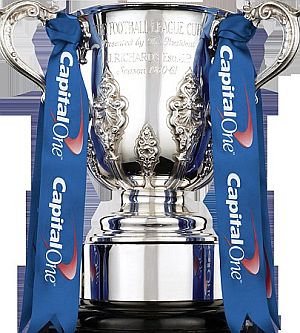 I'm very much a traditionalist and would much prefer to see all the teams kicking off the season at the same time. I know that won't happen now with television and looking back to last season the opening day fixtures were spread over three days with Hull hosting Blackpool on the Friday night and Cardiff travelling to West Ham on the Sunday.

But for the forthcoming season, the Football League have well and truly surpassed themselves with clubs' first games in some cases eight days apart. That's all due to the nonsense of playing the 1st round of the League Cup ahead of the season and then giving clubs the option to play their respective games on any of four days.

Add to that the fact that two Championship teams aren't involved in the cup at this stage, it means teams such as Hull, Leeds, Middlesbrough and Watford all get their first competitive fixtures at least a week ahead of Blackburn and Bolton who are the teams with byes in the first round of the cup.

Quite what the new sponsors think I don't know but they can't possibly be happy with it all. Clubs were given the option, should they choose, of moving their cup games forward to the Saturday and nine of the 35 scheduled ties have taken up that opportunity.

One more will be played on the Sunday, two on the Monday and the rest, including our trip to Port Vale on the Tuesday, although I believe our request to move it to Saturday was refused by Vale who have a prestigious home friendly against Tranmere Rovers arranged for that day and weren't prepared to call it off.

Trying to determine the dates of all the games has proved difficult with two of the ties only confirmed today. The first port of call was the Football League, after all it is their competition. By yesterday afternoon the cup fixture list was showing just one game on their web site, but credit the league, they have now got dates for four of the ties.

Our opponents Port Vale announced the draw a week last Thursday and invited people to check back for details of the fixture. They've offered no information since although they have got ticket details available for their away games at Aldershot and Morecambe, both of which were played in April.

It's slipshod, it's poor, it's a ridiculous way to start the season. Are we happy that we'll have had to play a cup tie in the midweek ahead of the opening league fixture whilst our opponents have been left to prepare as they wish? Probably not, and for certain the opposition manager will likely be complaining that we've had the advantage of having had a cup tie when they haven't.

Some clubs could face their opening league games with players suspended should there be any red cards in the cup ties, and almost certainly there will be. These days we've got the season's end correct by having teams all play at the same time; surely it's not too much to ask for the season to start in a similar way rather than this.

As it stand right now the Championship clubs will start their seasons on the following days.