The travelling Clarets were celebrating one of the most unlikely points of the season, albeit against a Chelsea team that had been reduced to ten men with the dismissal of Nemanja Matic with around twenty minutes before the end.

From my vantage point I couldn't see for the life of me what had upset him although having seen it since I can at least appreciate that he was perhaps felt fortunate not to have suffered an injury from what I remain convinced was an accident after Ashley Barnes had played the ball.

Just yards away from the exit some Chelsea fan gave me a barrage of abuse, suggesting Barnes should have been sent off, but other than that there was no reaction from the Chelsea fans as we queued to get into Fulham Broadway tube station nor was there on the tube as we started our journey home.

But it was his performance the following morning on Goals on Sunday that really got my back up. Having forced himself onto the programme, with Sky having no qualms about ditching announced guest James Beattie, he made some shocking accusations about Ashley Barnes without any real attempt from Ben Shepherd and Chris Kamara to stop him; without any real attempt to get any fairness into the debate. 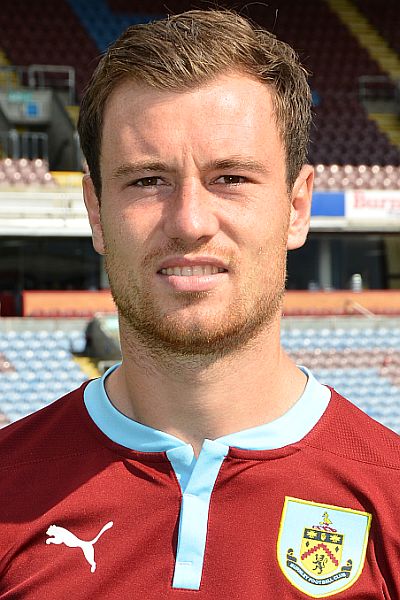 And then it went worse. Pundits had already joined in such as the idiot Paul Merson on Soccer Saturday, some mischievously suggesting we'd ruined his Saturday, bet whilst Chelsea Football Club made some disgraceful comments on their own official web site. Then we had to endure the appalling words of people like Adrian Durham, and believe me he wasn't the only one.

Incredibly, the FA somehow deemed it appropriate to reduce Matic's ban from what should have been three games to two games. Chelsea were appalled at that; so was I but probably not for the same reason as the current Premier League leaders.

Clarets Mad has even had to put up with Chelsea this week. We've had shocking emails from some of their so called supporters, some posts on the message board had to be removed and some Chelsea fans had to be blocked from the site's Twitter account for the same reason.

Sean Dyche tried to bring a bit of reason into things but, naturally, Sky weren't ready and willing to give him the same air time as the opposing manager and the whole thing has been allowed to fester for day upon day.

I'm still angry and I'm still hurt. When someone attacks our club in the way it's been attacked this week then I feel it. I hate it when it is justified but when clearly not justified I find it so difficult to deal with.

Never mind me though, I've had real concern for Ashley Barnes this week. I've never met him and don't know what sort of person he is. I was told on Monday by someone who knows him very well that you couldn't wish to meet anyone nicer and there were similar words from someone else I spoke to on Tuesday. But I've also been told he's a strong character and will brush it off and just get on with things.

It's been a difficult week for Dyche too who has had to deal with everything but so typical of him, he's dealt with it very professionally and said the right things at the right time.

Yesterday, in the pre-match press conference for the Swansea game, it was still a talking point. Dyche said: "It's all part of the learning curve and the rich tapestry of being in the Premier League.

"It can't be good news and glory all the time and there are things that are blown out of proportion and we have just been part of that."

He added: "I would think what's happened will have a positive effect on the club, because of how we have dealt with the situation. We kept our counsel wisely and tried to give a balanced view of events.

"We've got an 'us against the world' mentality. There is a necessity of what we do by being as one because that's an important factor in our season. When you are being written off constantly by all for different reasons it naturally galvanises you."

And then Dyche said: "If you kick one of them, they all feel the kick and we've been kicked around a little bit this week by the media, but we've all felt that and come together. We draw a line under it and we now move forward."

I'd started to write an article a couple of days ago and had the words 'draw a line under it' ready to use and that's exactly what we've got to do.

As the manager has said, they all feel the kick, and that includes every single one of us with a real interest in and enthusiasm for Burnley Football Club.

But no one will have felt it more than Barnes. What he's had to endure this week is nothing short of appalling and much of it by people in football who should know better.

My line has been drawn, other than wanting Spurs to win the COCUP this weekend, and our role now is to get on with supporting the club and in particular Barnes, starting tomorrow when we face Swansea.

He's not a nasty player and his record at Burnley tells you that. In 47 appearances since joining us from Brighton in January last year he's picked up just five yellow cards and one of those was for a handball that wasn't.

Hopefully, the home crowd tomorrow will give him the reception he deserves and let him know that he has thousands behind him. Did I say hopefully? I reckon the big reception for him will be guaranteed.

He must have felt at times this week as if he had the whole world on his shoulders and that should never have been allowed to happen.