Edgar's goal was a 300 milestone 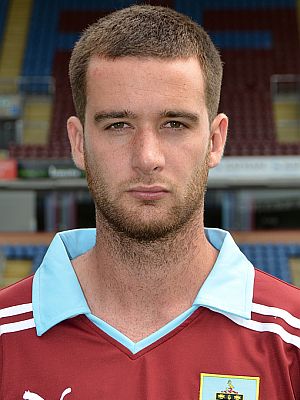 It was 296 at the start of the season and that soon became 298 as both Charlie Austin and Keith Treacy netted their first goals in the opening day draw against Watford. A few weeks later we were discussing, on the way to Peterborough, just who might be the 300th but the name of Edgar was never given serious consideration.

Zavon Hines was one name thrown in although, at the time, we didn't realise just how little football he'd be getting. We considered Junior Stanislas to be more likely and hoped that it wouldn't take quite as long as waiting for Danny Ings to be fit.

That total of 298 became 299 when Marvin Bartley slid in the third against Blackpool after a ball from Austin and then came another likely candidate in Sam Vokes when he arrived on loan from Wolves.

Edgar couldn't have chosen his moment any better. The game looked lost when he headed home his first and there was also a real coincidence given the day he got it.

He's not a prolific goalscorer and Saturday's brace took his total to just five, two for Newcastle United, one for Swansea and these two for Burnley. The first of those five came on New Year's Day 2007 and was the vital equaliser that gave Newcastle a point in a 2-2 draw against Manchester United and, right on cue, he got his first Burnley goals as those two teams clashed again and once more shared the spoils, this time in a 1-1 draw at Old Trafford.

Although very few Burnley fans will now be able to recall the first post war league goal, the record books will quite correctly tell us it was scored by Peter Kippax ten minutes into the opening game of the season against Coventry City.

That game ended 1-1 but a week later, at Birmingham, goals from Harold Spencer, a penalty, and Jack Billingham had given us a 2-0 win. By the end of that season a total of 11 players had scored league goals but we had something of a wait before that total reached three figures.

That came on 29th December 1979 when Phil Cavener gave us a 1-0 lead at Meadow Lane against Notts County. Cavener, like Edgar on Saturday, scored twice that afternoon, and we won that game 3-2 with Billy Hamilton, who had scored his first Burnley goal three days earlier, getting the other.

For the statistically minded of you, it had taken just over 33 years to get to 100 players and a total of 1,409 games. It is very noticeable that it has taken less than that time to go from 100 to 300.

So who and when was goalscorer number 200? Did he score twice and did we win the game 3-2? The answer: Number 200 is Paul Barnes who scored a total of five goals, all five, in the 1996 5-2 win against Stockport County.

The prolific goalscorer, signed by Adrian Heath from Birmingham for a record fee, had failed to score in any of his first six league appearances but in game number seven became only the sixth player in the club's history to score so many goals in a game.