We will be searching to get another win 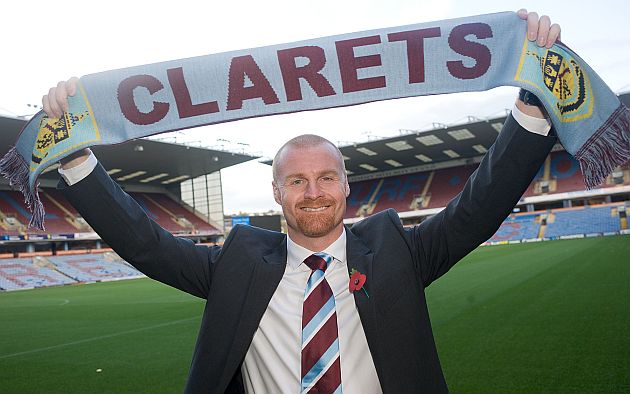 Keith Hill was sacked last week after losing to Shebby's lot at Oakwell. They immediately placed his assistant David Flitcroft in temporary charge and he's brought in both Martin Scott and Micky Mellon, previously managers at Hartlepool and Fleetwood respectively, on an expenses only basis to help him.

Tomorrow is very likely to be the last game they play before a new man is appointed. Suggestions in South Yorkshire are that a shortlist of four has been drawn up with three of them having previously managed in the county.

One is current Bury manager Kevin Blackwell (Sheffield United) and the other two are Gary Megson (Sheffield Wednesday) and Sean O'Driscoll (Doncaster). The other remains unknown but former Stockport boss Carlton Palmer has thrown his hat into the ring.

Meanwhile at Burnley, where things are more settled, it will be Sean Dyche's first cup tie in charge of the Clarets. I think it was always going to be the case that he rates the competition highly. He's not only played in the FA Cup for a number of teams but has featured and scored in a semi-final for Chesterfield against Middlesbrough when only a poor decision from David Elleray cost them a trip to Wembley.

Looking forward to the trip to Barnsley, a ground where his new Burnley charges weren't at their best recently, he said: “I still consider it an important part of the fabric of English football (the FA Cup) and I think so many do.

“Unfortunately we didn’t make it to the final. Things were probably taken slightly out of our hands on the day with a big decision that went against us, but to be part of that run in a very good group of players at a small club and put a marker down in the history of the FA Cup was a great achievement by the whole club and the fans.

“Times have changed and the game is different. The financial side of the game is radically different but the one thing you learn is that you can achieve what you wish to achieve. “It’s not that easy, but it was a good message to show that things can be done and never more so than in a cup competition because of the random chance of playing one-off situations.”

Dyche will be looking for the Clarets to continue where they left off at Sheffield Wednesday on New Year's Day. “We were very happy with the performance," he added. “The players should be, but the next one comes round quickly and we want to build that winning mentality.

“The best way of building that is, obviously, by winning games, so it’s another important game for different reasons and one in which we will be searching to get another win.

“We want to progress in any competition, on the league basis weekly and in cups on a one-off basis, and that’s what it is, a one-off basis and you have to be ready.”