The effort levels are outstanding 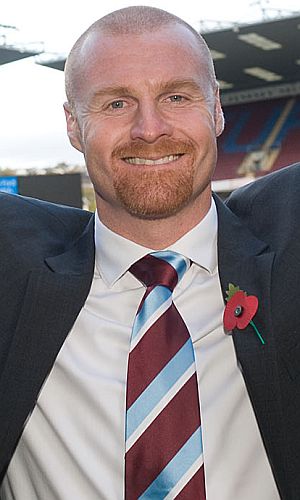 Both have been in charge of their respective clubs for three games and for McCarthy it was a first home game in charge of a team who were still to win at home, that was until this game.

McCarthy admitted: "It wasn't pretty, it wasn't sexy football, it was dogged and determined but that's what we have to do. If we are safe with six games to go, perhaps we will ping it around the pitch then but this league is all about scrapping it out.

"I was please that when they scored, we didn't look like conceding another and that's not been the case much this season. We went and got a terrific winner as well. We had two or three good opportunities in the second half but we didn't make them count but they kept at it.

"I'm pleased for the players. The fans were terrific as well. They have not had much to cheer at home lately so I'm delighted for them that we've got the three points."

After home wins against Wolves and Leeds, Dyche suffered his first defeat as Burnley boss with Ipswich responding to their heavy midweek defeat.

“We knew there was going to be a reaction after Ipswich got beat 5-0 in midweek," he said. “With a new manager there had to be, but I felt we dealt with that and more than matched it for large part of the game.

“We didn’t quite have enough in the way of chances, but unfortunately the game changed on a soft decision from a referee, which is not ideal. In modern football, those fouls are given. Fifteen years ago, when I was clashing heads with people they weren’t, but now heavy contact on a keeper is given.

“There were fouls given for both keepers when there was minimal contact, but I consider that to be heavy contact. That happens though and I have no problem with referees. They have a tough job, but it did change the whole feel of the game and not just the scoreline.

“It changed the whole mentality of their team and we had to work ever so hard to get back into it, but we got back on the front foot and it was the quality of the cross created that goal, whoever scored it.

“I thought we were then in control of the game, but a breakaway goal has done for us when we should have been seeing the game out. Sometimes it happens.”

He added: “But that’s six points out of nine and we are trying to build a mentality here where those games go our way and we get something out of every game we go into. We are a work in progress, but there were some real positives from that performance and there have been in general to the way the players are reacting.

“The effort levels are outstanding, so there are ways we can improve and the players are trying to do that. Today was a nearly game for us and you could argue it’s the one that got away because we got our pocket picked.”