It's important that we use the squad wisely 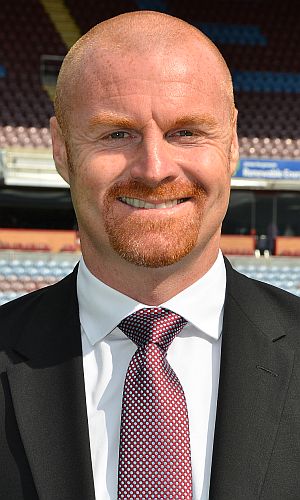 Rob Page is the man in charge of Port Vale now and he's stressed how important a cup run is to a club like Vale.

He said: "From a financial viewpoint of course, it gives us an opportunity to go through the rounds maybe with some TV money coming in later on with other cup competitions. But not just that, with players as well, if we can get through the rounds and play against the bigger teams at their venues.

"I've experienced it myself as a player when you go to Old Trafford and Anfield and as players, supporters, staff and media you all want to be involved in games like that."

Sean Dyche has more than hinted that he will be making changes from the side that opened the season with a 1-1 draw at Leeds.

"We know where our bread and butter this season is, and that's the league, but I always make it clear we want to win as many games as we can, whatever competition comes around," he said.

"I really don't think people downgrade for the cup. People just carry bigger squads now with better depth and experience. We have built that ourselves over time. Two years ago we couldn't afford to do that; we just put out the strongest team because that's what we had.

"Obviously we have had a few injuries this pre-season, so we need to monitor those wisely. We had three young lads in Brad Jackson, Tom Anderson and Cameron Dummigan with us last Saturday and that is good, in a way, but we have gone from a deep squad to a position where we are having to protect a few, so there might be some changes.

"There will be some renewed game time for those who we feel need it, but we will still take it seriously."

He added: "Strong now has a different meaning for us. Even with the injuries we've got, we have players on the bench like Stephen Ward, who was a sub on Saturday and yet he's an international footballer.

"There's obviously Sam Vokes and Marvin Sordell who came on and affected the game and then there's Matt Taylor and Matt Gilks. We have some strength and some experience there now, so it's important that we use the squad wisely."