​Burnley boss Sean Dyche has been named the Premier League's Manager of the Month for February, having guided the Clarets to an unbeaten run of four matches last month.

Dyche's men had looked to be in relegation trouble over the Christmas period, but a great string of results has seen them climb away from the drop zone and into the safety of mid-table. 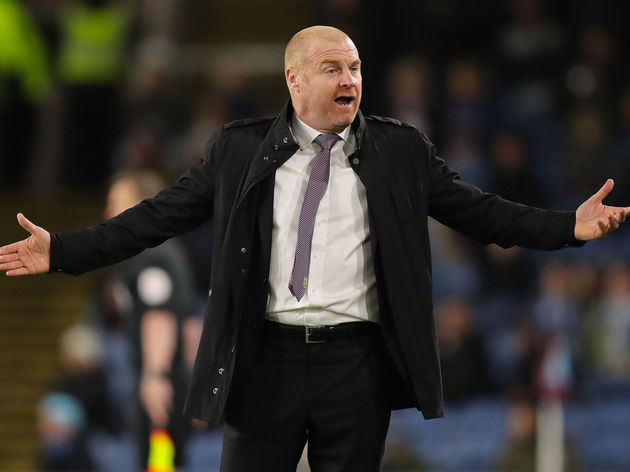 And the 48-year-old has been rewarded for his team's recent surge, as ​Burnley announced on Twitter that their boss had scooped the coveted prize of February's Manager of the Month. Dyche fended off competition from Manchester United boss Ole Gunnar Solskjaer, Arsenal's Mikel Arteta and Sheffield United coach Chris Wilder to claim the award.

The ​Burnley coach spoke with pride after winning the vote, thanking his fellow staff and players for the work they put in together.

“It’s important to mention it’s a collective award. I’m very pleased for all concerned,” said Dyche. “You can’t achieve anything as a manager without your staff and you definitely can’t without the players. The players deserve a massive amount of credit.

“It is a bit of cliché to recognise everyone, but it’s true. Without the whole team – the playing team and the team behind the team – you don’t win anything.”

The Clarets began February with a 0-0 against Arsenal, before beating a much-improved ​Southampton 2-1 at St Mary's. The in-form side then dispatched struggling Bournemouth 3-0 at Turf Moor before ending the month with a hard-fought 0-0 draw at Newcastle United. Dyche's men continued their fine form into March, drawing 1-1 with ​Tottenham Hotspur before the season was temporarily suspended due to the coronavirus outbreak. With all games coming to a standstill, Burnley have risen to 10th place in the Premier League, one point behind ​Arsenal in ninth.

Dyche has masterminded some incredible results this season, and their 2-0 victory at Old Trafford will live particularly long in supporters' memories.

And the impressive coach may have one eye on European qualification this season – coronavirus allowing – as his side sit four points behind sixth-placed Wolverhampton Wanderers in a packed top half.