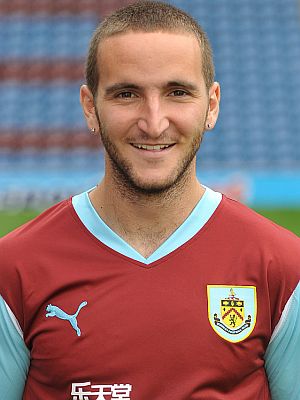 It's been a real stop, start two seasons for Pato who missed a good deal of the Premier League season after suffering a knee injury in the Carling Cup at Barnsley. He returned in the second half of the season and turned in some outstanding performances, none more so than on the last day of the season against Spurs.

Unfortunately, a pre-season injury last July left him short of fitness at the start of the season. He played in the first five league games before being left out and then returned with a two goal salvo at Norwich. Another injury followed immediately with his thigh and there was a recurrence of that when he came back in January and that ruled him out for the season.

He's fit again and in pre-season training with the Clarets already reported to have refused two offers from Portsmouth believe to be around £1.5 million.

Now, Reading boss Brian McDermott is set to turn to Paterson should they sell Shane Long and is believed to have already made contact with the club.

Burnley made it clear last week they don't want to sell Paterson, and that interest would not be encouraged. There is nothing to suggest that has changed and it is likely any offer from Reading would go the same way as those from Portsmouth.