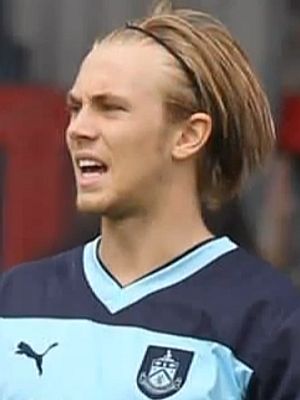 Mills arrived from the Madejski in July last year on that loan deal although an agreement was in place then for the deal to become permanent at the end of his Reading contract.

He started the season in the first team as the first choice left back but was replaced by Ben Mee during the sixth league game at Leicester with Mee retaining his place for the game at Nottingham Forest.

Mills made just four more appearances in the Championship. He came in for the suspended Mee at Cardiff, played instead of the injured Danny Lafferty at Birmingham and, after coming on as a sub for Mee in the home game against Forest he kept his place for the home fixture against Bristol City.

Nothing had been said by the club about the situation, even to the point of confirming there was nothing to report.

But this morning, when confirming their retained list, Reading revealed: "Out of contract Joseph Mills has been at Burnley on a season-long loan, and under the terms of last summer's agreement with the Clarets he has triggered an automatic transfer to Turf Moor."

Burnley confirmed that news soon after and that Mills would sign a two-year deal with us at the beginning of July.