​Chelsea breezed past Burnley 3-0 at Stamford Bridge on Saturday afternoon, maintaining their five-point lead over Manchester United in the race for fourth spot.

After a relatively bright start and a flurry of corners for the home side, it was the visitors who had the first significant opening of the game with Jeff Hendrick having a goal ruled out after Ben Mee was adjudged to be offside from a Dwight McNeil free-kick.

The Blues did take the lead, however, as Jorginho converted from the penalty spot after Willian was brought down by Matthew Lowton in the Burnley area.

Ross Barkley prevented Mee from grabbing the Clarets' equaliser as he expertly cleared the centre-back's header off the line from a McNeil corner before Tammy Abraham doubled Chelsea's lead. The 22-year-old meeting Reece James' superb delivery from the byline before Nick Pope made a woeful attempt at keeping Abraham's header out.

The hosts all but confirmed their victory early on in the second period as Callum Hudson-Odoi followed up his first goal of the season against Nottingham Forest last weekend with his maiden Premier League goal on this occasion - prodding home from a Cesar Azpilicueta cross at the back post.

The home side continued to dominate the remainder of the game, but as a result of a few smart saves from Pope, they failed to add to their 3-0 lead.

Finally, after over a month without a league win at Stamford Bridge, Frank Lampard's men got the job done in convincing fashion on Saturday afternoon. In a game where the barely had to break a sweat, Lampard would've been thrilled to see his young guns thrive once more - with James (more on him in a bit), Abraham and Hudson-Odoi all starring at Stamford Bridge.

While they've often struggled against sides who have deployed a low block and attacked the Blues in transition this season, against Burnley they passed the test with flying colours as the Clarets made life easy for the home side at both ends of the pitch.

Tougher tests lie ahead in the second half of the campaign, but Lampard would've been pleased to have seen his side score a few in a home win.

Yep, this kid can play.

After a superb display in the cup last time out, Reece James impressed once more on Saturday afternoon, largely nullifying McNeil's threat from open play.

Reece James will 100% be one of the best RB’s in Europe, this isn’t another case of hyping, this is legitimate facts, he has everything, Pace, defensive ability, dribbling, strength and an added asset of being an unreal crosser, England have 3 very good RB’s for years to come.

Reece James just fuck off. How does a fullback have that good of a delivery?

The reality is, at 19, Reece James has single handedly fixed our right hand side.

While defensively he was sound, going forward is where he showed off his tremendous talent. The 20-year-old was a constant option down the right flank, with his superb crossing ability causing the Burnley backline all sorts of problems - setting up Abraham for Chelsea's second after a superb delivery from the right.

Gifted in seemingly every department, James certainly has the ability to dictate a game from his position just like Trent Alexander-Arnold often does for Liverpool and if he continues his fine form, there's no doubt that a fair comparison could be made between the two young right-backs.

Sean Dyche's men have now lost their last four Premier League encounters and it certainly looks like they'll be part of the relegation dog-fight in the second half of the campaign. 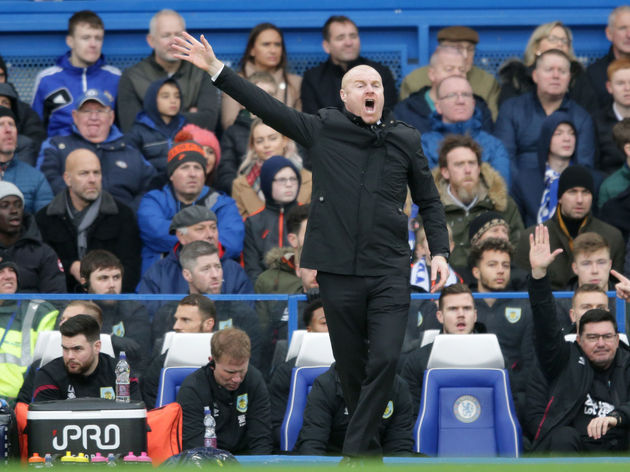 They simply aren't the tricky proposition they once were in the Premier League, with Chelsea barely having to get out of second gear to breeze past the Clarets - and they now have the third-worst defensive record in the division.

Going forward they were, once again, devoid of ideas as McNeil's ability from deal ball situations looked like the only way they were going to score in this one. The young Englishman is the only player in this Burnley side who strikes fear into opposition defences, especially with Ashley Barnes missing.

While their work-rate and energy off the ball can't be questioned, their ability in possession certainly can and if today was anything to go by, it looks like they could be in trouble come May.

While it was pretty hard to pick a 'star' from Burnley's dismal display, it's fair to say that McNeil was the best of a bad bunch. 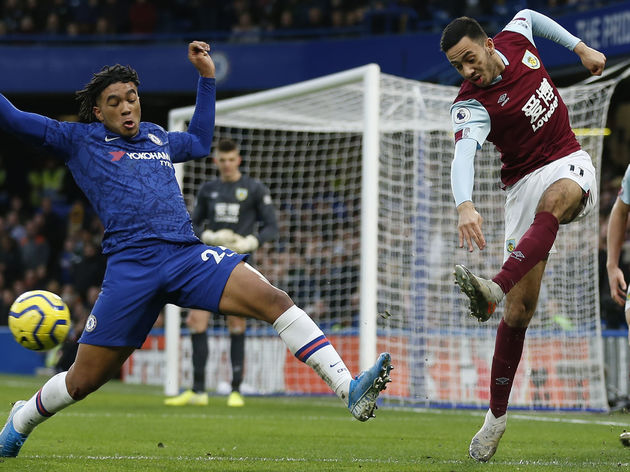 Despite only showing mere flashes of his technical ability from open play, it was his set-pieces that caused the hosts the most trouble in this one - with the Clarets' two best chances coming as a result of the 20-year-old's wonderful left-footed delivery.

It's obvious that he needs more support, however.

Chelsea travel to St. James' Park to take on Newcastle next Saturday ahead of the pivotal London derby against Mikel Arteta's Arsenal